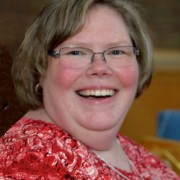 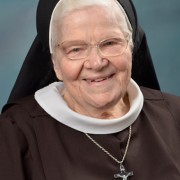 Sister Peter Didier died peacefully on June 27, 2016, at Our Lady of Angels Retirement Home (OLA) in Joliet, IL.  Our prayers and sympathy to her classmates, family and friends.

Sister Peter’s wake and funeral took place at Our Lady of Angels on July 5, 2016.  She is buried at Resurrection Cemetery in Romeoville, Illinois.

Sister Peter’s prayer service and funeral mass can be viewed on our Livestream channel by clicking the Congregational Shield on our home page.