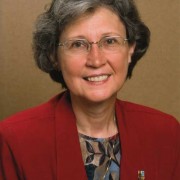 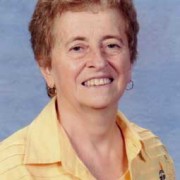 This is what Living the Gospel means to me:

For almost six years now I have ministered as chaplain on the Hematology/Oncology/Bone Marrow Transplants units at Mount Sinai Hospital in New York. Obviously this is participating in Jesus’ work of healing. But more specifically, while we have made astounding strides in treating cancer over the years, there are sadly, still people whose disease progresses in spite of treatment. As I sit with them and their loved ones the gift I give is the one Mary gave at the foot of Jesus’s cross: “witnessing the suffering.”  And I believe that is redemptive. 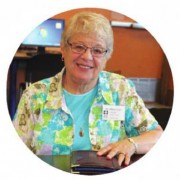 An article on Sister Mary Lou Marchetti, OSF  and her ministry at Daybreak Shelter in Will County, was recently featured in Christ is our Hope Magazine published by the Diocese of Joliet.  You can read the article, Listening to the Homeless, by clicking here:  Christ is our Hope (scroll to page 7).

As Sister Mary Lou says, “It is a sacred privilege to listen to those who are homeless and to offer encouragement and prayer that brings them hope and the assurance that God is with them.” 2016, Sister Pauline Schutz was honored by the parishioners and friends at St. Pius X Parish in Lombard. Sister Pauline spent the past 38 years in service to the St. Pius X parish family. She will move to Our Lady of Angels Retirement Home in Joliet where she will begin a new ministry of prayer and community service along with her Joliet Franciscan Sisters also in residence.