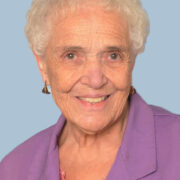 It is with deep sadness that we announce the death of our Sister Anna Konrath. Sister Anna died peacefully on Saturday, April 17, 2021. Our prayers and sympathy to her family and her classmates: Sister Dorothy Clare Zuleski and Sister Lucille Krippel .

If you would like to make a donation in honor of Sister Anna Konrath or another Joliet Franciscan Sister, please click here:  Remembering our Deceased Sisters 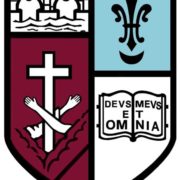 In 2016, the Joliet Franciscan Sisters committed to a Corporate Stance of anti-racism. Within this statement, we committed to make a conscious intentional effort to eradicate racist nature in all its forms.

In 2020, as women of faith and participants in the global community, we stood in outrage at the senseless killing of George Floyd, a black man who became a symbol of the abhorrent treatment of people of color for decades.

While this was happening, we were unaware that largely due to the root of the pandemic, hate crimes were growing by leaps and bounds in this country against the Asian American Pacific Islander (AAPI) community. We are now aware of the depth and breadth of the verbal, physical and cultural abuse being inflicted upon the AAPI community.

As we stated last year, let us reach out in understanding of each other as we seek to move forward in a country that remains built on the belief that all are created equal. Most importantly, we must join in praying for healing in a nation that is still hurting.