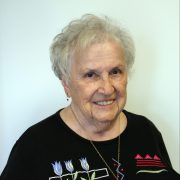 Our Sister Therese M. Tusek was born on a farm in Lockport, Illinois, on September 23, 1928, the youngest daughter of Anthony and Julia (Kufner) Tusek. She followed sisters Julia, Verna, Helen and Ann, and brothers Anthony, Stephen, Joseph and Raymond. Because her mother was in ill health, Therese learned to cook and keep house at a very early age. She identified herself as her mother’s “legs” and was grateful to her brothers and sisters for parenting her when her mother could not. Therese attended Fairmont Grade School, Lockport Central High School and St. Francis Academy.

She entered the Sisters of St. Francis of Mary Immaculate in 1947 and made her first profession in 1949. She would have been celebrating her 75th jubilee since acceptance into the novitiate this year. Sr. M. Stephen received a B.A. in philosophy from the College of St. Francis and an M.A. in nutrition from the University of Illinois. She went on to further studies at a variety of colleges and institutes, especially in areas of spirituality and adult religious formation.

Few people have embraced as varied a professional life as Therese. In over 70 years of ministry, she worked as a high school and college teacher, dietician, pre-novitiate director, RCIA leader and parish retreat director. She ministered in many schools and parishes in Illinois, Ohio and Iowa, even applying to join our mission in Brazil in the early 1960s.

If you would like to make a donation in honor of Sister Tusek or another Joliet Franciscan Sister, please click here:  Remembering our Deceased Sisters. 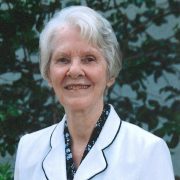 Sister Jacqueline Hirsch (Ellen Marie) died at Our Lady of Angels on December 9, 2021. A native of Joliet, Illinois, Sister Jacqueline was one of four children born to the late Alfred and Marie (Gorshe) Hirsch on May 22, 1929. She was preceded in death by her brother, James (Jean) Hirsch of Joliet. She is survived by her brother, Robert (Linda) of Estero, Florida, her sister, Rita (James) Kubalewski of Joliet, along with many nieces, nephews, cousins, and close friends.

Jackie’s death was a surprise for us. Her grade school friend and convent classmate, Sr. Bernadine Hasse, had died earlier that morning. We had been awaiting her passage, but not Jackie’s. Jackie seemed to drink from the fountain of youth. Her spirit was so engaging and welcoming. She exuded the warmth of the Floridian climate where she had lived for so many years. Our Congregational feast of the Immaculate Conception had delighted her spirit as she enjoyed seeing so many of us gathered at OLA’s chapel. But it was true. She quietly died that morning: surprised by the Spirit of the God she so faithfully and generously served.

Jacqueline Marie was baptized at St. John’s June 2, 1929. She attended St. John the Baptist grade school and Providence High School. After high school she worked with the Joliet Herald News in the Ad department. She was a Cub fan in her youth, taking the train and subway/L train to Wrigley Field with her friends. Her brother-in-law Jim recalled that she joined the Joliet Franciscans rather than the Providence Sisters as she had felt more at home with them. Her Postulancy began in January of 1948. When requesting to proceed into the Novitiate, she wrote: “May I receive the holy habit of St. Francis?…I do not want to be just an ordinary nun, but a really good nun—a credit to the community and a true follower of St. Francis.” Her final vows were received on August 13, 1953.

If you would like to make a donation in honor of Sister Hirsch or another Joliet Franciscan Sister, please click here:  Remembering our Deceased Sisters. 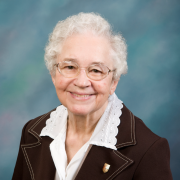 Bernadine Janette Hasse was born in Joliet, Illinois, on March 6, 1929, the third of nine children, to the late Robert and Marie (Grill) Hasse. She was preceded in death by her parents and brothers Robert (Lily); Richard (Anne); and the Rev. James, SJ; and sisters Rita (Tom) Blackburn and Sr. Maria, OSF. She is survived by her sister Mary Ann and brothers John (Debra) and William, and many nieces and nephews.

Bernie was baptized at St. John the Baptist in Joliet, where she also attended grade school. Bernie’s great love for sports – not only as an observer but as an able participant – started early and continued into her teaching ministry as an adult. She enjoyed playing, coaching and refereeing right alongside her students. After beginning high school at Providence, Bernie transferred to St. Francis Academy where she excelled in academics as well as co-curricular activities. An article the SFA student newspaper, The Focus, described her: “Bernadine is a lover of nature. Fishing, hunting and hiking through the woods with her dog Teddy, all strike a pleasing tone to her. Speaking of tones, Bernie can strike them pretty well herself as an accomplished pianist. Athletics also rate tops with her, especially basketball, although baseball and archery are not to be excluded.” Her leadership was also recognized by her peers and later by our sisters.

If you would like to make a donation in honor of Sister Hasse or another Joliet Franciscan Sister, please click here:  Remembering our Deceased Sisters. 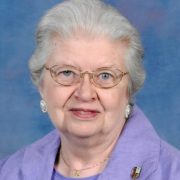 After moving with her family to Joliet, Ann attended St. Paul the Apostle School, St. Francis Academy and the College of St. Francis. She continued her education at Mundelein College in Chicago and earned an M.A. in Religious Studies.

Upon entering the Sisters of St. Francis of Mary Immaculate in 1957, Ann received the name Sister M. Kateri and made first profession in 1960. Her early ministry was as a grade school teacher in several of the parish schools staffed by our sisters, among them: Sacred Heart, Englewood; St. Pius in Lombard and St. Matthew in Champaign, where Ann ministered as teacher and religious education coordinator for 25 years. She continued in the ministry of Director of Religious Education for 10 more years, serving hundreds of students and their families each year, and leading large teams of catechists in each parish. Her leadership in that field was clear as she also served chairperson for the Kankakee Grundy DRE Cluster during her time at Maternity BVM Parish in Bourbonnais, Illinois.

If you would like to make a donation in honor of Sister Lanagan, OSF or another Joliet Franciscan Sister, please click here:  Remembering our Deceased Sisters.