As Pope Francis, along with Franciscans throughout the world, celebrated with great joy the feast of Godʹs Troubadour, our Sister Alcuin peacefully completed her transitus from this life to eternal life, a passage accompanied at its end by the soft notes of sparrows whose autumn medley gave expression to the heartfelt religious sentiment that served to orient the life of our beloved violoncellist: ʺsoli Deo gloria ‐ glory to God alone.ʺ (JS Bach)

Born in Sidney, Nebraska, on July 23, 1917, Agnes Kelly was the third of twelve children born to Francis and Anna (Reinke) Kelly. As a young child, she moved with her family from Nebraskaʹs panhandle to Falls City in the southeastern part of the state. Raised in Saints Peter and Paul Parish, she attended Lake Side Public School and Sacred Heart Academy where she was taught by the Ursuline sisters. As a young adolescent, following the example of her two older sisters, Bernardine and Marie Terese, Agnes made her way to Joliet, Illinois, to become an aspirant with the Sisters of St. Francis of Mary Immaculate. She attended St. Francis Academy and as her 16th birthday approached, with a supportive recommendation from her aspirant mistress, Sister Apollonia, she prepared to enter the Postulancy in the Fall of 1933. In August of 1934, she was received as novice by Mother Thomasine and given her religious name, Sr. Mary Alcuin. Two years later, she professed her first vows and proceeded on her journey into an unfolding future of 80 years of consecrated life as a Joliet Franciscan. 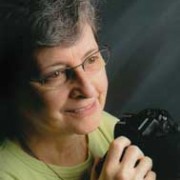